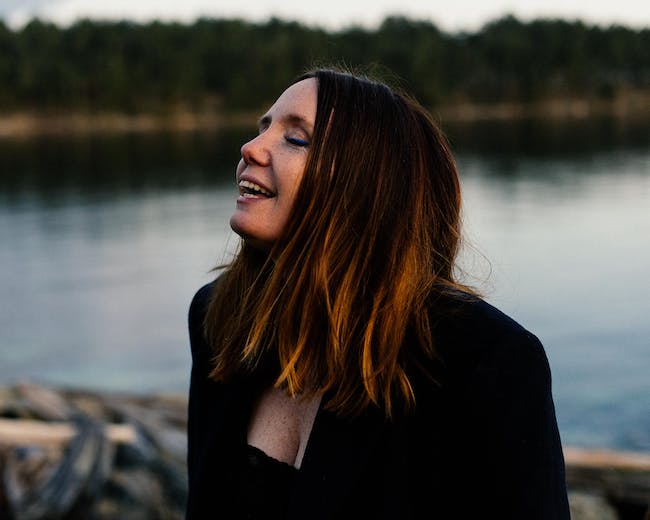 iCal
Google
Please join Pearl Street Warehouse as we welcome this captivating artist to our stage.

On her third album ​U kin B the Sun​, Vancouver-based singer/songwriter Frazey Ford inhabits an entire world of shape shifting rhythm, elevating every beat and groove with the subtle magnetism of her mesmerizing voice. With its graceful collision of soul and psychedelia and sometimes ’70s funk, it’s abody of work that invites both self-reflection and wildly joyful movement, and ultimately sparks a quiet transcendence.At turns ecstatic and heavy-hearted, gloriously shambolic and deeply purifying, ​U kin B the Sun ​is the outcome of a certain personal transformation that Ford has experienced in recent years. “I used to speak more in metaphors, but this album came out in a much more raw and direct way,” she says. “I’d say that’sa result of being more in my body and more in touch with the wholeness of anger, with taking up space and having boundaries. On this record I freed myself from the folk-writing format, and it’s been a whole different exploration for me.”In a departure from the guitar-driven and largely solitary songwriting that’s defined Ford’s previous work,much of ​U kin B the Sun​ took shape from spontaneous collaboration with her ​longtime bassist Darren Parris and drummer Leon Power. Over the course of several late-night sessions in the thick of summer 2018, the three musicians joined producer ​John Raham in dreaming up a brilliantly untethered sound,recording as they improvised and continually tapping into their potent camaraderie.​ “I was excited to let go of control and to see where Darren’s bass lines would take my melodies,” Ford recalls. “There’s this intimacy that exists within the band now, and I wanted to explore how that would feel in the writing process.”The first song to emerge from that experiment, “Golden,” instantly set a sublime mood for ​U kinB the Sun​, unfolding in luminous grooves, dreamy piano tones, and lyrics delivered with warmth and wisdom(e.g., “It is high time you lighten up your head”). “I told Darren, ‘Whatever’s in your head, just shout out the chords and we’ll make something up on the spot,’” says Ford. “And then he did, and the song just appeared in that moment.”Another track sprung from the same charmed session, “Azad” reveals the rich emotional texture of ​U kin B the Sun​, embedding Ford’s lyrical storytelling with sharply rendered memories of early childhood (a time she spent living on a ​commune in Canada as the daughter of American draft dodgers). ​With its brightly shuffling beats and soaring vocal work, “Azad” offers a poignant message of courage (“Behold,

there is beauty in this world/So hold on any way that you know how”). ​“There’s something to that song that's about survival, and about the love that my siblings and I have for each other in coming through an intense situation together,” says Ford.Throughout ​U kin B the Sun​, ​Ford endlessly telegraphs an unfettered joy, even when confronting and examining pain and heartache and loss. To that end, “U and Me” takes the unlikely form of a tenderly enchanted breakup song, while “Holdin’ It Down” brings a jazzy determination to its expression of weary perseverance. And on the anthemic “The Kids Are Having None Of It,” Ford responds to the toxic political climate with irrefutably bold sense of assurance (e.g., “They can’t be bought, they can’t be taught your hate”).One of the most powerfully affecting moments on ​U kin B the Sun​, the album’s title track and final movement arrives as a strangely hypnotic alchemy of smoldering harmonies, cascading piano lines, and beautifully fluid guitar work. ​“It’s really just two chords and a lyric that repeats, and then there are these different layers to it,” “It was a fascinating journey for me, to realize that you could take something so simple and then just sink into it in that way.” Ford notes, “It’s really just two chords and a lyric that repeats, and yet there are so many different layers to it.”Recorded at ​Raham’s ​Afterlife Studios in Vancouver, British Columbia,​ and also featuring Craig McCaulon guitar and ​Phil Cook on keys, ​U kin B the Sun​ follows Ford’s 2014 release ​Indian Ocean​, an album made with members of ​legendary Memphis soul band The Hi Rhythm Section.​ Though its predecessor showed traces of her ​groove-heavy​ sensibilities, the new album finds Ford fully embracing ​the soulful musicality she first displayed in fronting an Al Green cover band in her early 20’s. “When I started writing songs they came out sounding more country, because that’s what I grew up with,” says Ford, who spent 13 years as a member of acclaimed folk act The Be Good Tanyas. “My mom is from an Irish/Cajun/Acadian background and I sang with her from the time I was little, but I was always really into soul and funk.”As Ford points out, ​U kin B the Sun​partly draws inspiration from several instances of serendipity that transpired during her international touring in support of ​Indian Ocean​—including playing separate roomsin the same venue as D’Angelo one night in Holland, which eventually prompted her 2017 cover of the iconic neo-soul singer’s “When We Get By.” But on a deeper level, ​UkinBtheSun​’s raw vitality reflects Ford's profound growth over the past few years. ​“I used to really live in an ether, and that’s part of why I became an artist: because it was a survival space for me to exist in,” she says. “A lot of my writing came from that place, but as I’ve changed over the last year or two, I feel like I’m more in my body. I think there's something about being more physically present that impacted the making of this album.”To expand that sense of presence, Ford made a point of preserving many of the lightning-in-a-bottle moments captured during those first sessions for ​U kin B the Sun​. ​As a result, the album​​embodies the same untamed and ineffable energy that guided its creation. ​“There’s certain songs that just appear and there’s no art to it,” says Ford. “To me those songs have some kind of spiritual quality—sometimes I feel like they’re these different voices that you’re able to channel. There really was something magical about the improvisational aspect and how that shaped the album, and ​such a joy in the experience of really reveling in what we were all creating together.” 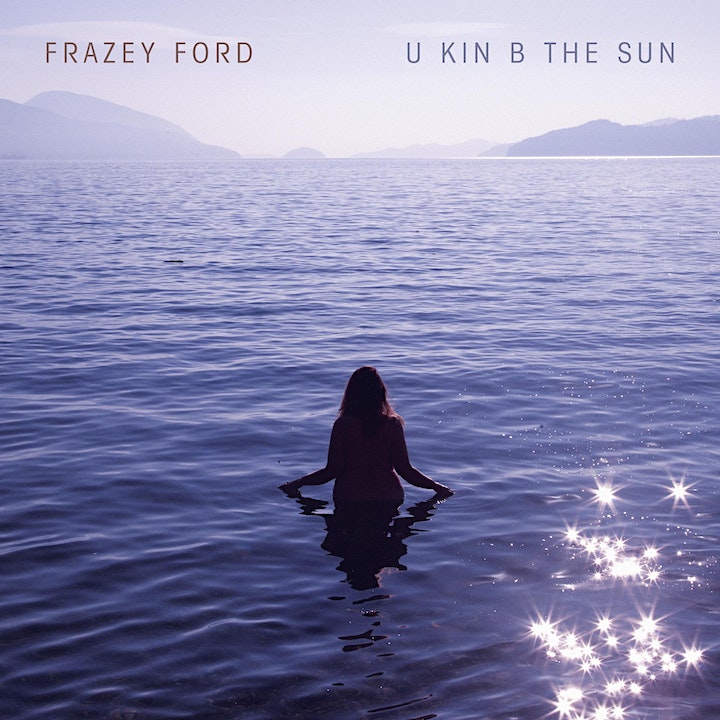