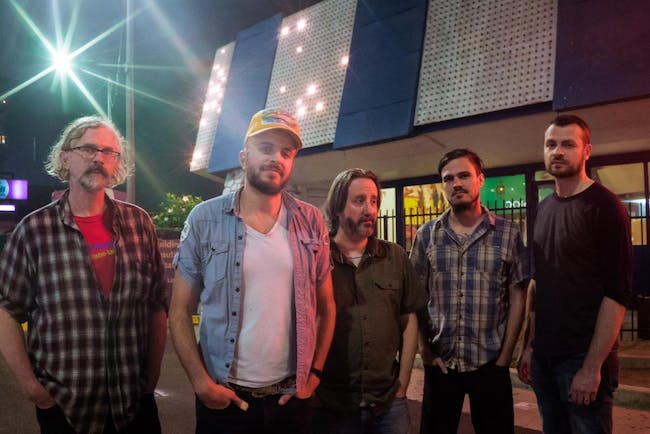 iCal
Google
This show has been POSTPONED. A new date will be announced soon. All tickets for original date WILL BE HONORED

Kingsley Flood is a Boston and Washington, DC - based band with a "Billy Bragg-like folk-punk sound" (Washington Post) and "signature high energy" (Rolling Stone). They have played the main stage at the Newport Folk Festival, have been featured on the History Channel and Lifetime Network, opened for Josh Ritter, Grace Potter, Lucius, Langhorne Slim and have been been covered by NPR, New York Times, Esquire Magazine, Wall Street Journal, American Songwriter, among others. They released three EP's in 2015 and their third full length, Another Other, was released in October 2016. Their last full-length was released in Spring 2018.

“One of those bands that matters.” - PopMatters

“A band that seems to understand where inspiration can lead” - NPR

"The kind of hard-rocking folk-punk band that makes you want to dance with the person next to you and then punch them in the face. In a totally good way." - Esquire