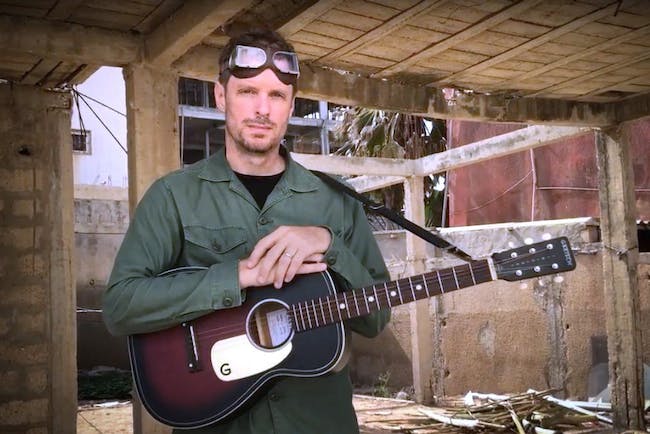 The Modest Proposal show was postponed until June 12, but guitarist Bill Crandall can't wait that long. Tune in for a solo acoustic set from MP's co-founder.

Under the artist moniker Mistochord, Crandall’s 2016 solo debut album was the innovative music-photography hybrid New World Voyage. A sonic experience with a tapestry of electronic layers surrounding guitar and plaintive melodies, the “concept album” imagines the first humans to leave Earth forever for hostile, barren Mars - an implicit challenge to safeguard our home planet. A live-score projection and performance of the work capped the 2016 FotoweekDC festival closing party.

His in-progress followup, under his own name with the working title The Forest and the Trees, is a stripped-down, climate-themed suite of future-folk songs he calls ‘meanwhile back on Earth’ - humans navigating a changing world with love and solidarity.

Crandall will be live-streaming as a popup show from his Takoma Park garage (open to the street for passers-by to keep safe social distancing).