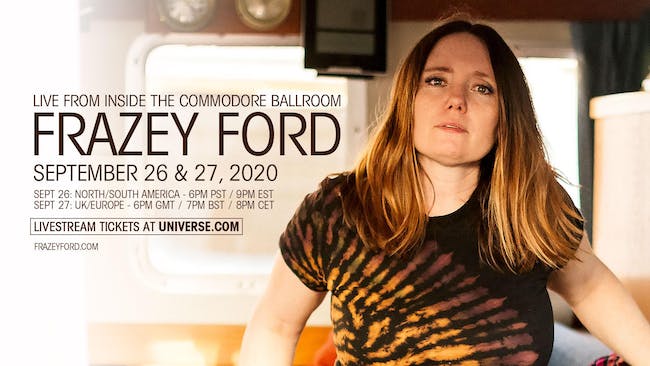 Vancouver-based Soul-Americana artist Frazey Ford released her critically acclaimed album U kin B the Sun via Arts & Crafts on February 7, 2020. Having amassed a vast global fanbase over the course of her lustrous career, many have yet to experience the new album live. Last week she has announced two virtual performances to be broadcast live from the Commodore Ballroom in Vancouver, BC on September 26 and 27 as part of Live Nation’s ‘Live From Inside” livestream series. Each virtual show will give fans an intimate, live experience and will feature Frazey Ford showcasing material from the new album as well as favorites from previous albums.

At turns ecstatic and heavy-hearted, gloriously shambolic, and deeply purifying, the new album has been praised as “her best yet” (The Times) for its “dramatic and rather dazzling” (Uncut) blend of Ford’s mesmerizing vocals and percussion-soaked grooves. For the handful of Canadian cities that were graced with a Frazey Ford performance at the beginning of 2020, her captivating presence and the intoxicating lilt of her band is proven to be in full force with these magical songs.

Each performance is scheduled to broadcast live in multiple markets. For fans in North America and Australia, September 26 will broadcast at 6pm PT / 9pm ET and fans in the UK and Europe will have the option to purchase tickets for the September 27 at 7pm BST.