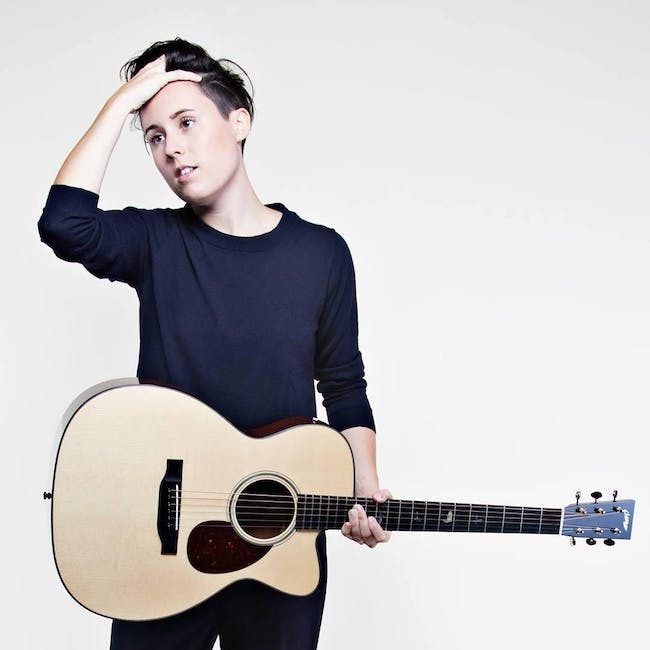 Sean Della Croce is a songwriter with a voice powerfully tuned to every story she tells. Her latest album, Illuminations, was released in April 2019.

A Nashville native, Della Croce grew up steeped in the city’s culture and learned her craft by the light of some of music’s biggest stars. She is the third generation of her family with the music business in her blood, growing up around such influential artists as Vince Gill, John Oates, Ralph Stanley, The Beach Boys and LeAnn Rimes. Such familiarity enabled her to absorb a wide-range of song craft and musical styles without being swept up by the larger-than-life personalities.

Della Croce has forged a style all her own with her latest project. Illuminations is a blend of folk wisdom with Americana heart and a truly alternative soul. The record is rooted first and foremost in Della Croce’s poetic lyrics—the ten track album is comprised entirely of original songs. Della Croce plays guitar on the album as well.

Illuminations was produced by LA-based musician and producer Alan Deremo. Della Croce is joined on the album by a crew of amazing musicians including renowned steel guitar player Greg Leitz and vocalist Mollie Weaver. 21-time Grammy winner Vince Gill also appears on “Break in the Rain” where he adds his signature lead guitar to her arresting vocal. Della Croce’s light-touch fingerstyle playing shows flashes of influence from her late step-father, the well-known guitarist Pete Huttlinger.

Recruited into the Liverpool Institute for Performing Arts (LIPA) in 2010, Della Croce always straddled the gap between music and academia. Longing for a degree that would test her limits as a thinker and writer, she transferred from LIPA back to the states where she studied not only entertainment, but also completed a degree in philosophy. Della Croce says, “Philosophy is a rich field for me as a songwriter because it explores the questions that I think the best music asks; what is the human condition and how can we survive it?” She continues, “I am deeply gratified by the process of writing and performing music. As an audience member, there is nothing better than looking up on stage and seeing your experience reflected back in a way that feels empowering. That’s what I hope to give people through my music.” All this informs the lyrical quality and content of her songs. Ranging from narrative structures to high arching conceptual lyrics, her storytelling is accessible to her fans yet retains its depth.

In addition to her musical efforts Della Croce is the co-founder and editor of a monthly journal, Broadside, that explores the lived experiences of women through poetry and prose. The project is a stirring testament to her belief in the power of a story and her dedication to empowering others to share their voices.