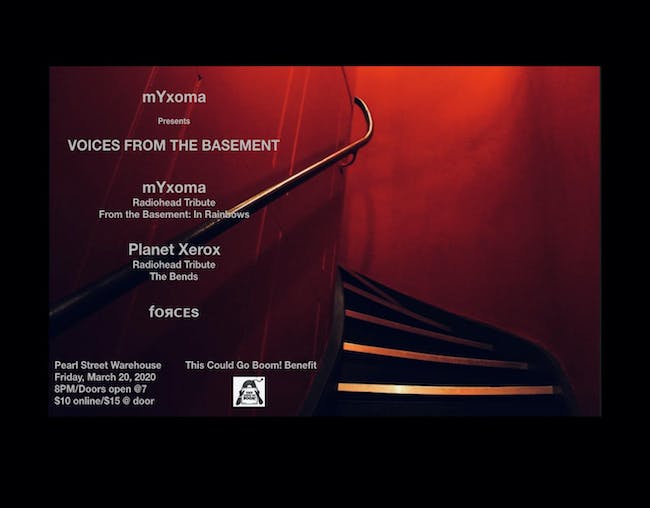 Presented by mYxoma. This show is a benefit for This Could Go Boom

A group of eight talented artists came together to form mYxoma, a Washington DC super group, to cover In Rainbows, a Radiohead masterpiece. Most of the band members play in other local groups, each bringing their styles and flair to the stage to share their love of Radiohead with the audience.

Taking two years to record, in Rainbows was released on October 10, 2007. Breaking grounds as one of the first major downloadable, pay-what-you-wish albums, it incorporates a variety of musical styles and instruments, including electronic, string arrangements, and piano. The album received critical acclaim and was ranked one of the best albums of 2007 and of the decade by various publications. In 2008 the band released a video titled ‘From the Basement’ featuring ten performances songs from the album. Paraphrasing Thom Yorke, the band’s lead, the album has a feeling of your physical consciousness being trapped without being able to connect fully with anything else - “that anonymous fear thing, sitting in traffic thinking ‘I’m supposed to be doing something else’(TY)”. It retains the band’s trademarked, lingering vibe and familiar reserve, but this time, the strings, reverb and melody make the delivery inescapably warm and inviting, a paralyzing feeling that makes you want to move yourself.

In covering this show, mYxoma, hopes to take the audience with them on this seductive, emotional and breathtaking journey, and experience together the musical complexities of this beautiful piece of art..

Planet Xerox is a 6-piece band of local musicians who've united to tribute Radiohead's album, The Bends. Though not as iconic as OK Computer, Kid A, or In Rainbows, the album has gone on to influence many musicians since it's release on March, 13 1995, and is for many, their introduction to the band. The set covers a songs from the album that have had the most impact on the musicians who have chosen to take on the task of mastering such an iconic album to the best of their abilities. 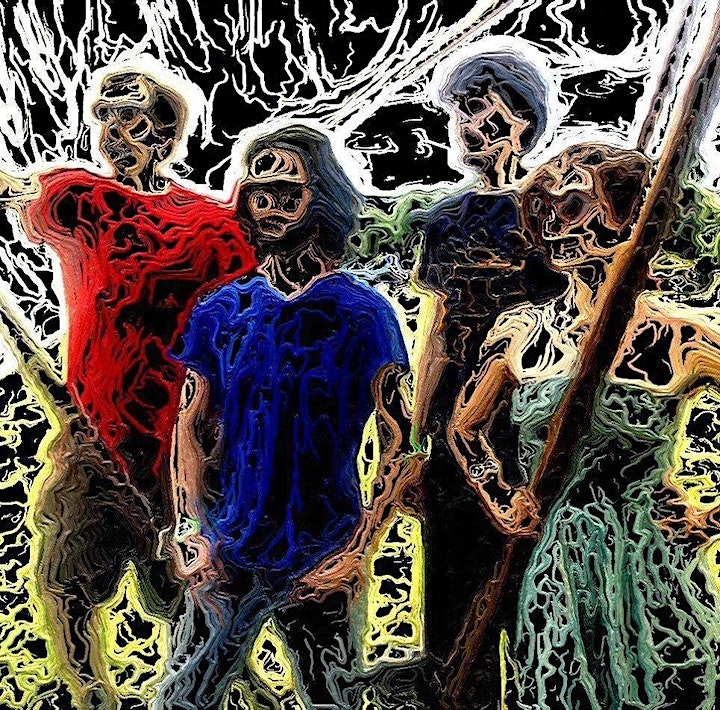 fᴏяᴄᴇs is a genre-bending experimental indie band. Ethereal yet earthy; Sweet yet gritty; their songs will flow you down a lazy river in summertime, and groove you all the way to outer space. Introspective and raw, their melodies will haunt you.

fᴏяᴄᴇs was conceived at the 7DL studio's annual Jamsgiving in 2016, when Cristina (vocals/synth/tiple), James (drums), and John (bass) met for the first time. Hernaldo (guitar) was invited to their first jam in Mount Rainier's The Wiggle Room. It was then and there that fᴏяᴄᴇs was born.