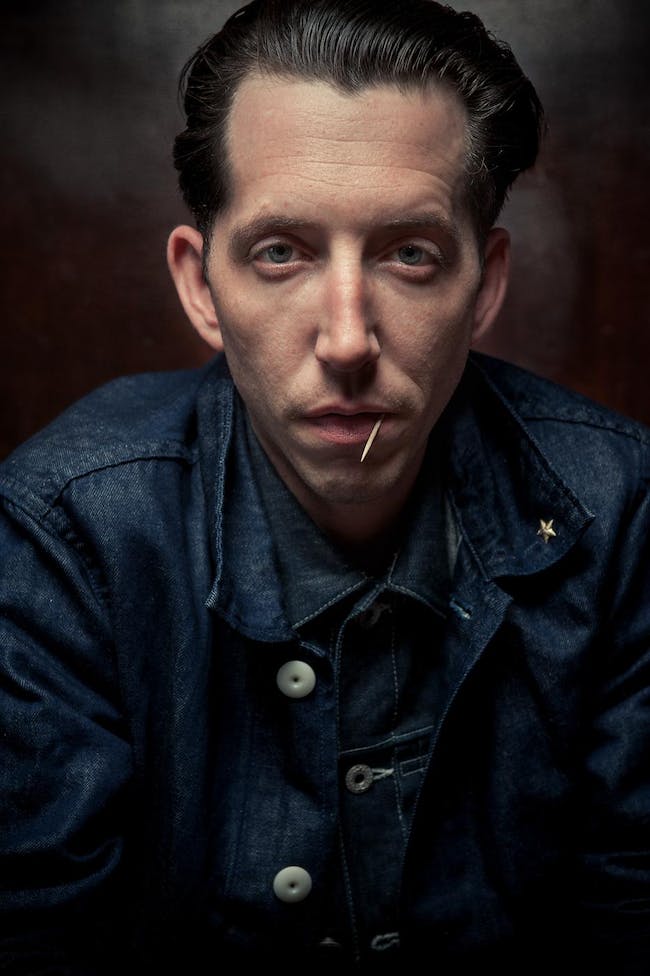 Pokey LaFarge is a musician, songwriter, bandleader, entertainer, innovator and preservationist, whose arsenal of talents has placed him at the forefront of American music. Over the last decade, Pokey has won the hearts of music lovers across the globe with his creative mix of early jazz, string ragtime, country blues and western swing. After signing with Jack White’s Third Man Records to release his fifth full-length album (Pokey LaFarge) in 2013, he performed as a musical guest on The Late Show with David Letterman and The Late Late Show on Ireland's RTÉ One network. Pokey's rendition of "Lovesick Blues" with Vince Giordano and the Nighthawks, featured on an episode of Boardwalk Empire, was selected for inclusion on the series' official soundtrack (Vol. 2). Additionally, Pokey appeared in Disney’s The Lone Ranger (both on screen and on the original score), was featured on A Prairie Home Companion and NPR's World Cafe, and recorded a song for ATO Records' Divided & United: Songs of the Civil War, produced by Randall Poster.

2014 has been Pokey’s most momentous year yet; by spring, he had brought his music to five continents, with international tours in India, Australia and New Zealand. In the past year, Pokey's tour trail (consisting of over 250 shows) included appearances at clubs and festivals across the USA and Canada as well as two extensive tours in Europe. Pokey has played with the likes of Jack White, The Raconteurs, Wanda Jackson, Old Crow Medicine Show, and most recently, Carolina Chocolate Drops. As an opening act on Jack White's Blunderbuss tour, he delighted sold out crowds at Red Rocks Amphitheater and Radio City Music Hall, among other notable venues in North America. Pokey is currently touring with a five-piece backing band, including his original bandmates (Ryan Koenig on harmonica, washboard and snare, Adam Hoskins on guitar and Joey Glynn on upright bass), in addition to Chloe Feoranzo on clarinet and TJ Muller on cornet.

At only 31 years old, Pokey’s career has not slowed in momentum since it began with his first release Marmalade (2007). Shortly followed by Beat, Move and Shake (2008) and Riverboat Soul (2010), Pokey quickly graduated from breakthrough artist to leading musical figure, receiving two consecutive Independent Music Awards for Best Americana Album (Riverboat Soul and Middle of Everywhere).

Pokey’s music transcends the confines of genre, continually challenging the notion that tradition-bearers fail to push musical boundaries. Rather than merely conjuring up half-forgotten imagery of days past, Pokey is a lyrical storyteller, the plot delivered smoothly through his dynamic vocals. Both on stage and off, his effortless wit never fails to charm audiences, giving way to a live music experience that manages to be grandiose and unassuming all at once. Born in the heartland of America and based in St. Louis, Missouri, Pokey’s Midwestern charisma welcomes his audiences with open arms.

As a hard-luck kid wandering the streets of Chicago, young Jake La Botz chased the magic he found in stories. He volunteered in theatres as a boy to get closer to the stage, he haunted Chicago libraries picking up books and records, and he busked in the subway, learning from elder blues legends like Honeyboy Edwards and Maxwell Street Jimmy Davis who took him under their wing. All of this set him up for a life of storytelling, in streets, subways, juke joints, and eventually on the big screen and stages around the world. A noted film and stage actor, La Botz approaches music with an ear for the unusual, a knack for speaking for the fragile characters and half-mad sages he encounters on his own travels. His new album, They’re Coming For Me (out October 18 on Hi-Style Records), is a collection of tall tales and strange stories ranging in subject from a magic comb that can save the world, to a bank robber who moans gospel hymns, and a confessional from Bigfoot himself. The eclectic subject matter reflects La Botz’s own wide-ranging interests and unconventional career arc. He’s experienced the highest highs and lowest lows of life, and his own story is so unbelievable that it’s currently being adapted by La Botz and actor/writer Ian Barford as a stage musical for Steppenwolf Theatre. Some of these highs and lows saw La Botz racing across the Midwest in stolen cars, finding refuge in the early 80s punk scene, touring tattoo parlors for years because his music doesn’t fit in noisy bars, playing guitar in an all-Black church in LA, educating himself in public libraries, acting in Hollywood movies, and, most importantly, kicking a years-long drug addiction.

Jake La Botz is living in Nashville now, writing music and finding a place to rest from the road. He’s a man that exudes calm in the heart of a hurricane, but this calm is hard won. He turned to meditation after kicking heroin 20 years ago, and teaches meditation now at home and in prisons, trying to give a little back.

“I think this happens for people when things get really tough,” La Botz says. "There could be a possibility of meeting life in a new way. For me, meditation keeps that door open. It infuses my relationships, my music, any creative thing; it has this quality of opening the space and making experience, making life more available.”

Experience is the key word here. It’s what he was chasing as a kid on the road, it’s what he’s looking for now, and it infuses every part of his new album.

To record They’re Coming For Me, La Botz returned to Chicago with his old friend Jimmy Sutton, of Hi-Style Records and JD McPherson’s band. At Jimmy’s studios in Chicago, the two worked to meld Sutton’s background in the vintage sounds of American roots music with La Botz’s natural inclinations toward country blues, gospel, 60s pop, and 70s rock-n-roll.

“I’m of the school where you make a record in one day because you don’t have money for more than that!” La Botz says. “There was a lot of learning for both of us in our first record (2017’s Sunnyside). We learned to really appreciate and work together. This one was a lot easier for us; we took our time with it, and we were much more sympatico. If he had an idea, I was able to catch on right away.”

The result is an album that seems torn between the sacred and the profane, high art and low art, the dichotomy at the heart of all American music. But Jake La Botz brushes that idea away, saying simply, “In my opinion, sacred and profane are misnomers. Everything is sacred.” 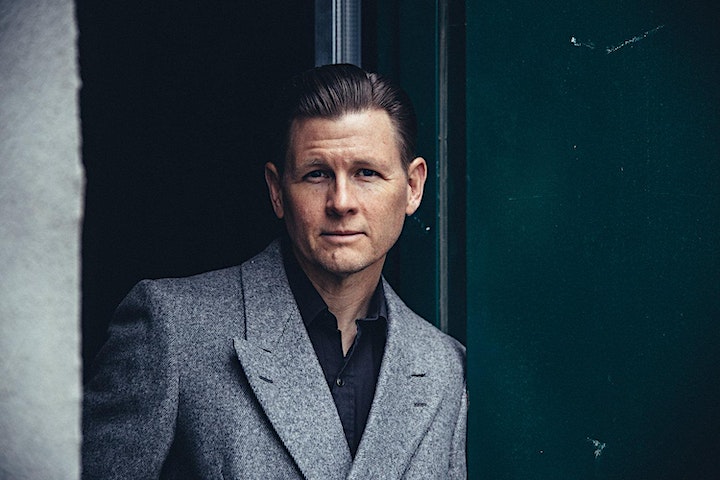