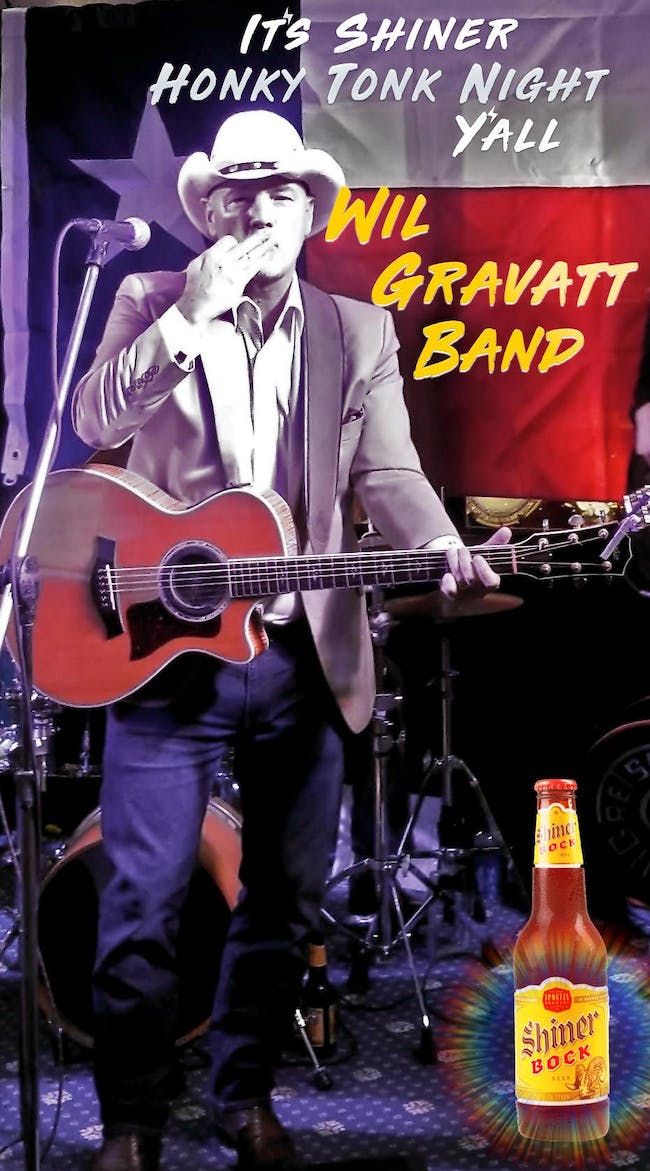 Wil has performed for three U.S. Presidents, and traveled the world with his music.

Wil has the stylistic sensibility of a musician who has explored and performed many genres.

He calls Fredericksburg, Virginia his home. A dichotomous journey from singing drummer in a punk band - to frontman for the country & western powerhouse Wil Gravatt Band. A new EP project in 2019 (The Nashville Sessions) paired Wil with Grammy-winning producer Ray Kennedy (producer of such stellar artists as Lucinda Williams, Steve Earle, John Mellencamp, & Taylor Swift.) One listen to the fiddle-laden, rollicking “Carnival Girl” gives you a sense of the talent behind the songwriting, performance, and production of the entire album. The EP was subsequently nominated for “Best Country Album” by the Washington Area Music Awards.