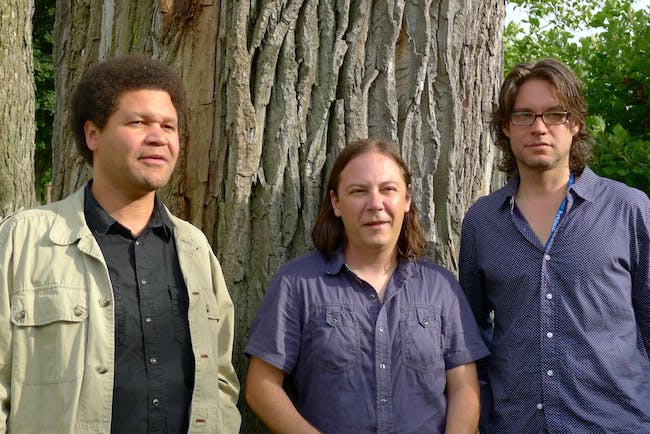 iCal
Google
Due to circumstances outside of our control this show has been POSTPONED. New date announced soon. ALL TICKETS from 4/26 will be honored.

Mike Mattison and Paul Olsen invented Scrapomatic in 1999 in an effort to separate the blues from anything edifying and preserve its impurities. Their shambolic, uplifting blues songcraft spans four studio albums and almost twenty years of hell-for-leather touring. Mattison and Olsen met at a P-Funk concert in Minneapolis in 1993. They formed a funk band and soon racked up a Minnesota Music Award nomination. Inevitably, in 1996, they trucked their bleak Midwestern humor to New York. On a spring evening in 1999, after appropriating a National tri-cone resonator guitar and accidentally drinking from a santeria candle, Scrapomatic emerged almost fully-formed.

Mattison moonlights as a singer and songwriter for the Tedeschi Trucks Band, which he joined after eight years of lead-singing for the Derek Trucks Band. Between the two groups he has recorded nine albums, collected two Grammy Awards for Best Blues Album, six Blues Music Awards (formerly the W.C. Handy Awards) and two Canadian Maple Blues Awards. His compositions “Midnight In Harlem” and “Bound For Glory” are mainstays of the TTB repertoire.

Paul Olsen is an ASCAP Award-winning songwriter whose compositions are the bedrock of the Scrapomatic catalogue. He has written and co-written songs for albums by Susan Tedeschi, Amy Helm and Kristina Train. Dave Yoke brought his uncanny Alabama guitar stylings to the group in 2005 and went on to succeed Olsen in the Susan Tedeschi Band, eventually putting in a five-year hitch with the great Dr. John.

Scrapomatic have made their mark on the national scene performing with the Blind Boys of Alabama, Al Green, Steve Earle, Chocolate Genius, Sharon Jones, James Hunter, etc. etc. As for the rest of the story-... Hell, you’ve got a computer. Google ‘em.