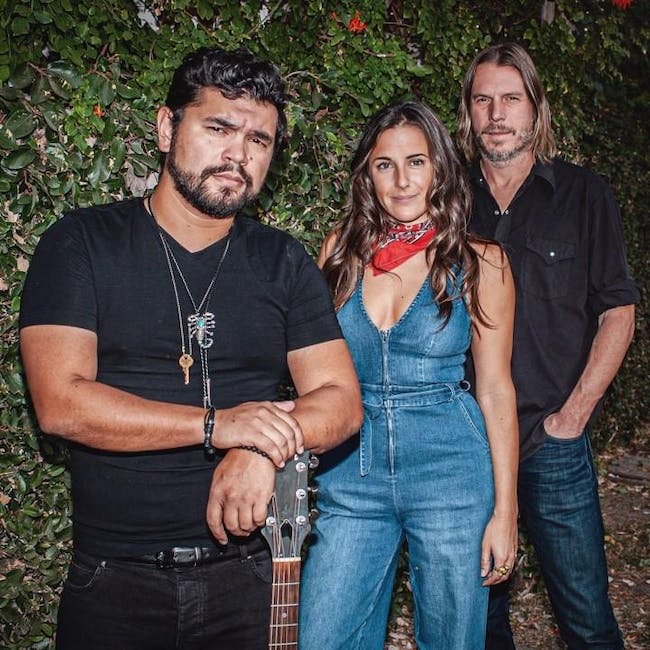 iCal
Google
Please join Pearl Street Warehouse as welcome this California based band to our stage for a Free show on March 11,2020

“These days, more than ever, we all need a reason to feel upbeat and optimistic. This is our way of helping us get there.”

That’s Drew Lawrence, co-founder, singer/songwriter and keyboard player of the California-based band The Dales, sharing some insights into Easy Times, the band’s aptly named new EP and follow up to Marie, their critically acclaimed debut. Where that album shared a story of heartache and hardship in the wake of a personal tragedy, Easy Times changes its tune, both literally and figuratively. The melodies are as alluring, irresistible and accessible as always, but there’s a decided sense of optimism and exuberance ringing through these five carefully crafted songs, each of which offers an assured antidote for troubled times.

Produced by The Dales, Easy Times is, as Lawrence describes it, all about affirmation and encouragement, a soundtrack that urges the listener to get on with the business of life and not get bogged down in disappointment and hard times.

In their determination to return to their roots, the band recently reemerged as a trio. Allowing them to focus on the essence of the songs themselves and emphasize their tight-knit harmonies, a key component of their seminal sound.

Singer/guitarist Preston Pope, who along with Lawrence and new Dales member, singer Jackie Tozzi makes up the band’s creative core, offered his take on the transition. “We tried a few different angles with this record,” he reflects. “It was a challenge and at times, it felt like we were searching in the dark. Ultimately we made a determined decision to strip things to an essential additives and simply go back to basics -- that is, melodies and lyrics that convey a more hopeful view of life and its possibilities.”

That’s evident in each of the songs on Easy Times, from the easy, amiable and unhurried sway of the title track and gently comforting vocals that grace the closing “Careful,” to the three songs sandwiched in-between -- the quiet and considered “Coming On In,” the soothing and yet sedate “If I Got You” and “Homesick,” a song bound with a genuine folk finesse.

Lawrence offers his own impressions of these songs. “Easy Times,” he says, “is about realizing that a challenging time in a relationship has passed, and that after going through all the turmoil the connection can become even stronger than before.” He describes “Homesick” as a summer anthem of sorts, “a bit of wistful reflection on being back in Washington state this summer, a place my wife and I consider home, and written from the perspective of all the people that care for us up there and wish we would return.”

The song”Careful” is, in his words, “A heartfelt plea to a lover urging them not to be reckless with their trust... and to stop substance abuse in the process.”

Still, the most provocative song in the set may well be “Coming On In,” which was written as a letter to management in response to their urging the band to give their all to this project. “It’s our answer to their urging,” he says.

Then again, that’s been the intent since the beginning in 2016 when Lawrence, a veteran best-selling songwriter whose credits include co-writes with Christina Perri and Jars of Hearts, connected with Pope who he had known over a dozen years, having played together in several groups over that particular period.

“We were always the only two survivors of the bands we were in,” Lawrence laughs. “Bands tend to have a lot of drama and sometimes you feel like you’re lucky to come out alive.”

That they have. Parade raved that their "Incredible multi-part vocal harmony reminiscent of CSN is punctuated by a simple guitar and piano arrangement that emphasizes the fabulous musicianship of this group." Cryptic Rock declared, "The Dales are definitely a group to watch for. Their back-to-basics, beautiful Americana/Roots approach to musical storytelling and sincere songwriting is refreshing, delicate, and wonderfully supported by those to die for vocal harmonies. Which all just means that those who love a good, sincere song are going to love The Dales!”

In fact, the love has been coming ever since the band's inception. Various national outlets, NPR among them, took notice. Grammy nominated producer Jerry Streeter (The Lumineers, Brandi Carlile) was so impressed with the band that he signed on to produce The Dales’ debut. Continued touring has taken them across the country headlining shows and sharing the stages with such acts as Marc Broussard, White Buffalo and Cris Jacobs.

Now, with Easy Times on the horizon, The Dales are eagerly embracing a new phase in their career.

“We’ve redefined ourselves as astute observers, Lawrence suggests. “Maybe that’s our role going forward, to give hope and encouragement at a time we need it most. Maybe it’s a mark of maturity. Whatever the case, we think we’ve found our niche.”