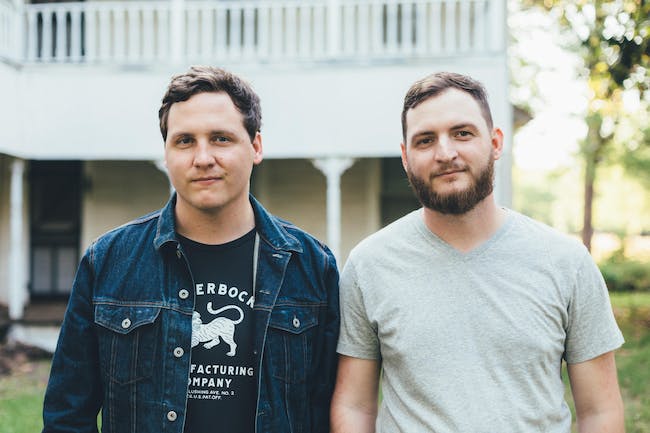 iCal
Google
Please join Pearl Street Warehouse as we welcome these talented brothers from Texas to our stage again.

The Powell Brothers is a Country/Rock recording artist from Houston, Texas.

The power trio is fronted by brothers Taylor Powell and Blake Powell. On February 14, 2019, The Powell Brothers released their first full length album entitled “Leave On The Light.” Recorded in Nashville at Ravens Landing studio, “Leave On The Light” was produced by Scott Quintana and engineered and mixed by Gena Johnson (“A Star Is Born” soundtrack, Zac Brown Band, Brandi Carlile) and features ten tracks written by Taylor and Blake Powell. The album combines elements of folk-rock, rootsy soul and country, and features a bevy of notable Nashville players including legendary pedal steel guitarist Paul Franklin; Josh Matheny on dobro/lapsteel; Kyle Ryan on banjo; Matt Utterback on bass; Adam Keafer on bass; Will Cafaro on bass and Scott Quintana on drums and percussion.

The brothers recorded this album during the aftermath and devastation of Hurricane Harvey. Perseverance, resilience and life on the road provide the backdrop for this new collection of songs that staggers artfully between timeless arrangements and sharp songcraft showcasing a defiant, evolving band on the rise. Taylor Powell had this to say about the new record:

“Hurricane Harvey definitely changed a lot of things for us,” explains Taylor Powell. “The plans we had been making for the previous few months were completely wiped out. As we were tearing down our childhood home, there were definitely many moments of despair. But as they say, when you are going through hell, keep on going. Looking back, it actually wiped the slate clean, and gave us an opportunity to do something much greater than we had planned before. We decided to use this as a sign that it was time to make the record we had always wanted to make.”

The first radio single off the new album was “Coming Home,” a love letter to Taylor and Blake Powell’s hometown of Houston, Texas. The single enjoyed seven weeks in the Top 20 on both the TRRR and CDX Traction Texas radio charts. The brothers followed up “Coming Home” with the releases of “Somewhere Down The Road,” “The Way You Are” and the current radio single “Whatever Is Left” released to radio on September 6, 2019.