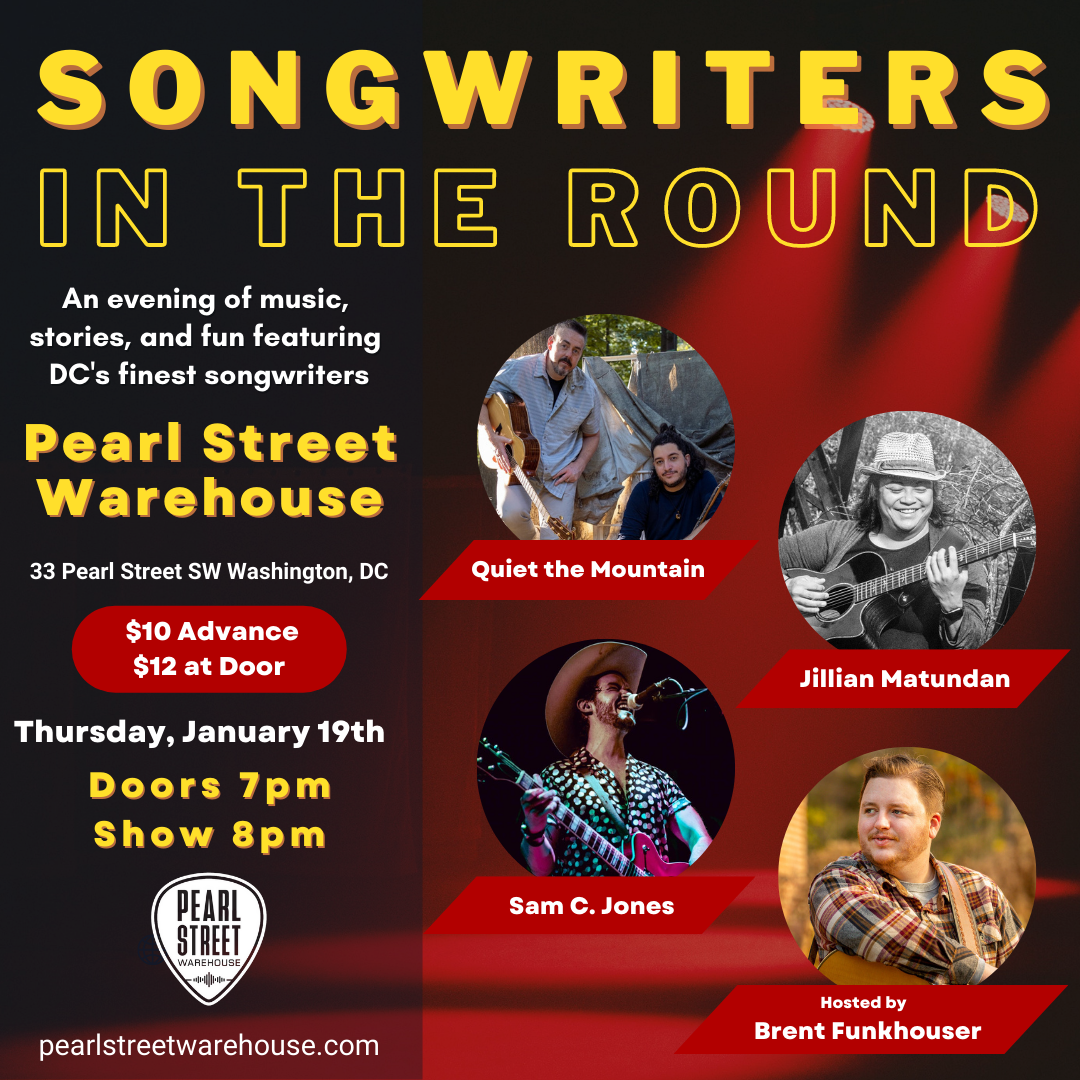 Please join PSW as we welcome four wonderful DC metro area singer songwriters to our stage for a night of stories and songs shared in the round.

Songwriters In The Round 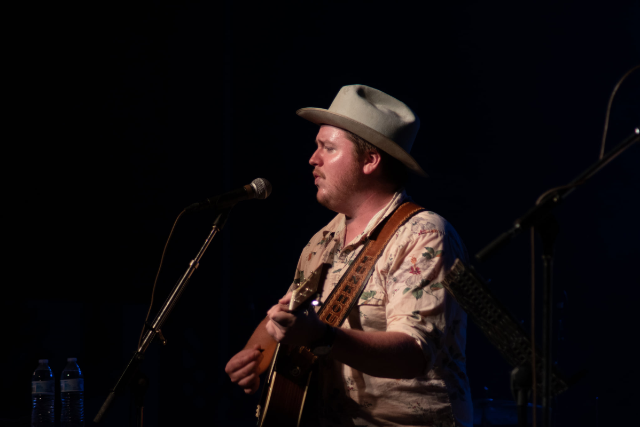 Brent Funkhouser began writing songs to quell his adolescent boredom, and quickly fell head-first into a life-long obsession. Growing up in a small town on the edge of Appalachia meant entertainment options were limited, and music provided a creative remedy. Not quite fitting the mold of country despite his Shenandoah drawl, Brent half-jokingly describes his music as y’alternative (or as a friend once said, “not redneck, but redneck adjacent”).

Today, Brent is a dyed-in-the-wool troubadour with hundreds of shows under his belt. Live performance has taken him from the hills of western North Carolina to the coastal communities of Rhode Island, winning over attentive audiences and opening for legends like Judy Collins and Phil Vassar along the way.

Brent’s achingly uplifting lyricism is punctuated by his storytelling prowess. His 2021 debut full-length The Next Karaoke Star was propelled by a fan-powered vinyl campaign and received attention from Whiskey Riff and Adobe & Teardrops. Brent’s upcoming releases showcase his writing at it’s sharpest, embodying sympathetic characters and accented by a poetic flare. 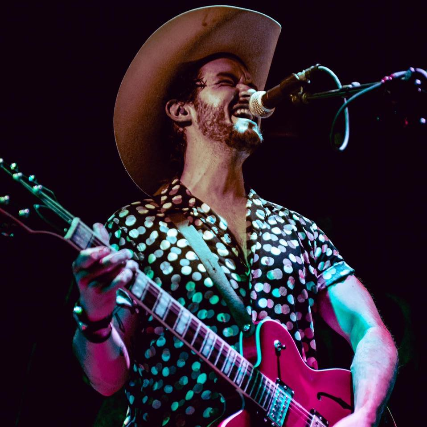 “Country-rock fusion”; “60’s era vocals“; “moonshine rock”; no matter what style you hear from Sam C. Jones, there’s no doubt his music is timeless. Virginia-born and raised on a steady diet of hard rock and show-tunes, Sam discovered his love for country music while playing Elvis Presley in the hit musical Million Dollar Quartet. He’s since become a genre-bending songwriter, known for his vulnerable lyrics, big guitars, and haunting, heartfelt melodies. Sam’s debut EP Call Your Friends- a folk-rock effort about his childhood, lost love, and slaying mighty dragons - dropped on his 26th birthday and led to his first solo tour in Northern California.

Sam has since jumped head first into the classic and alt-country genres, releasing songs such as "Pour Me Another", a reflective and sorrowful homage to Willie Nelson and Johnny Cash, and "I Don't Want to Be An American Anymore," a Woody Guthrie style protest song in reaction to the January 6th, 2021 insurrection in Washington DC. The song went viral online and Sam has become an unlikely troubadour, drawing comparisons to Woody Guthrie, Arlo Guthrie, Yusuf / Cat Stevens and Phil Ochs, with fans begging for more protest songs reminiscent of these great songwriters.

Sam's debut LP, Overdue Confession II, is a deep dive into Sam's love for the Americana genre, and earned over 15k streams on Spotify during the first weekend since releasing on December 3, 2021. It showcases his versatility as a band leader, songwriter, and vocalist. With everything from blazing guitar solos and hard rock screams to stripped down ballads about the sea, Sam C. Jones is an Americana artist who's rise you don't want to miss.